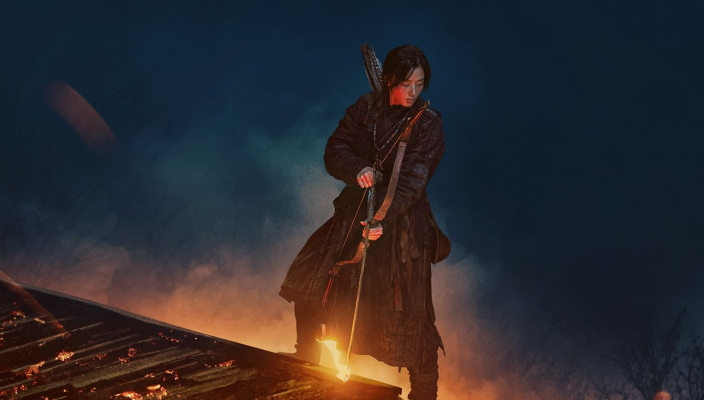 Kingdom: Ashin of the North is a Netflix special episode, which takes viewers back to the beginning of bloody revenge. Venture into the vast forests with us to a forbidden land where a strange plant grows.

To give fans a glimpse of what the special episode will unveil, Netflix has unwrapped the trailer for Kingdom: Ashin of the North. The short look takes viewers back to the beginning of the great tragedy that fell upon Joseon and a story of Ashin, and the origins of the resurrection plant.

The tragedy began in the depths of the northern region of Pyesa-gun, an area that has been forbidden for 100 years where dead bodies were suddenly discovered.  We meet young Ashin who loses everything in a blink of an eye when her village is horrendously attacked.

Driven by loss and with vengeance on her mind, Ashin makes it her mission to “kill every living thing”. The anticipation builds as we unravel the calamities that besiege Joseon. Kingdom: Ashin of the North stars Gianna Jun, Kim Sia, and Park Byung-eun.

Directed by Kim Seong-hun, the special episode will be released on 23 July 2021, only on Netflix.

Who Will Be The Next Batgirl?

What You Need To Know Before Watching Kingdom: Ashin Of The North