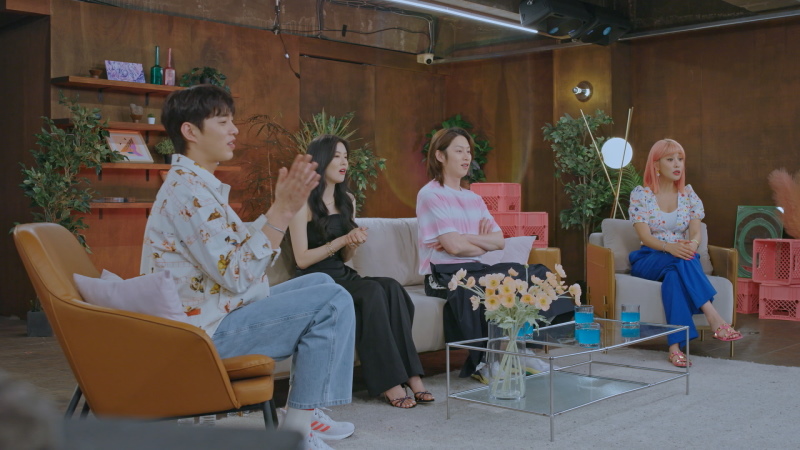 If you love drama, intrigue and romance, you may want to check out Pink Lie on Disney+. The first episode of the new Korean dating reality will be available free on YouTube today, along with reveal of first two episodes on Disney+.

The exciting and experimental new Disney+ Korean dating reality show sees a group of young singles, each with a lie they want to hide, put into a house with the sole goal of finding love. With the first episode on YouTube, audiences can enjoy a sneak peek at what to expect this season. The first episode of the show is now available free on the Disney+ official YouTube channel.

Pink Lie is hosted by Super Junior’s Kim Heechul, Lee Sunbin (Work Later, Drink Now, Air Murder), Song Wonseok (Business Proposal, One the Woman), and YouTube influencer Ralral. The Korean reality dating series sees a group of contestants each armed with one lie about themselves come together in an attempt to find their one true love.

In each episode, contestants will be required to bond and complete challenges, but are not allowed to tell their potential partners their critical lie. Along the way, select participants are given special privileges in the form of a “pink moon” which allows them to find out another participant’s lie, and decide for themselves whether or not they want to continue the relationship.

Developed by the creative minds behind Weekend Playlist, Pink Lie gives participants a second chance at love by removing prejudice and allowing a bond to form before testing the strength of that connection.

Pink Lie is available today with the first two episodes available on Disney+ and new episodes launching every week.

The Big Premieres Coming To Disney+ Hotstar This February 2023

Oscar Hits And More On HBO GO This February