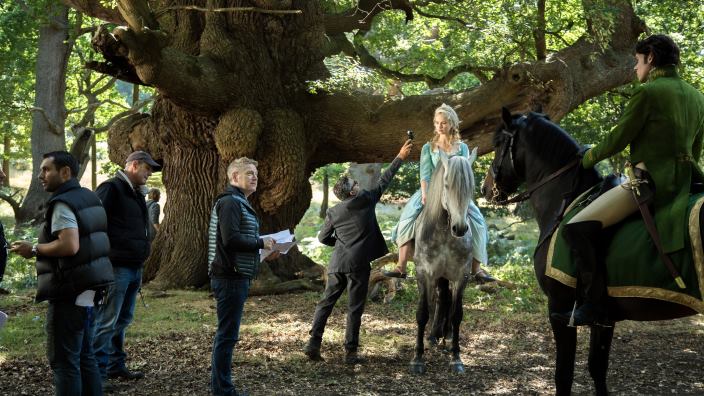 Cinderella Behind The Scenes

Disney’s latest live-action fairy tale is inspired by none other than the classic, Cinderella, which brings to life the timeless images from Disney’s 1950 animated masterpiece as fully-realized characters in a visually-dazzling spectacle for a whole new generation.

In terms of storyline, Cinderella stays to script, following the fortunes of young Ella (James) whose merchant father remarries following the death of her mother. Eager to support her loving father, Ella welcomes her new stepmother and her daughters but, when Ella’s father unexpectedly passes away, she finds herself at the mercy of a jealous and cruel new family.

Check out the Cinderella behind the scenes shoots below and do check out the film when it opens in theatres on 12 March 2015.